What is a Water Softener?

Who isn’t sick of dealing with hard water? It is the culprit to most of our plumbing problems. From breakdowns and expensive repairs to the time we waste doing our cleaning, it can be so tedious and annoying.

But What is Hard Water?

Hard water also contains other minerals and metals. But it is not a health concern unless it also contains dangerous metals in which case your water has contaminants.

There are various ways to know if you have hard water. You can either see clear signs of limescale on your appliances, bathtubs, chinaware that never sparkles, soap scum and clogged plumbing or use hard water tests.

The most precise test methods are those done by independent laboratories or with a cheap test kit from a hardware store where you can do the tests independently at home.

When it rains, that water is soft. After it hits the earth, it is a fluid medium which picks up and dissolves minerals as it moves through rocks and soil. In this process, water can become contaminated from many sources; that’s why city municipalities treat the water. But they don’t always remove the dissolved minerals especially if your area has hard water occurring naturally.

Hard water also contains iron. It is usually is as a result of corrosion from underground pipes. Healthy levels of iron should not exceed 0.3mg/L. High amounts of iron in water creates a metallic taste in water and food. It also causes red and orange stains on anything it touches; from walls to clothes. And it even damages healthy skin cells and leads to wrinkles.

How does a Water Softener Work?

Once you find out you have hard water, the next logical step is to invest in a water softener.

Softeners also remove a decent amount of iron. Those that use fine-mesh resin can pick up around 5mg/L of dissolved iron so that it's safer to drink and use.

A typical water softener contains a resin tank, a brine tank, and a controller. With a conventional ion-exchange water softener, your water supply pipe connects to a control valve and a timer on the resin tank.

When hard water ions exchange for sodium ions, water is made soft and can pass up back to your water supply. After a few days, the resin beads become saturated with calcium and magnesium ions and must be regenerated.

It is a process of rinsing off the concentrated amounts of positively charged ions giving the resin beads a new lease on life. This process starts automatically depending on water consumption or using a timer on the water softener.

Soft water is not available during regeneration.

A concentrated salt solution (brine) goes through the resin tank and rinses off the resin beads leaving behind new sodium ions. When the salt tank is empty, slow rinsing begins, followed by a forceful rinse. The brine solution will end up in the drain, and the resin beads will be ready to continue softening the hard water.

A cubic foot of resin can remove dissolved minerals from up to 3200 gallons of hard water. The Water Quality Association establishes this as removal of 10 grains per gallon of hardness. In this process, 750mg of sodium goes in each gallon of softened water. This is usually not a concern for most people as it is considered to be in the low range of sodium amounts allowed in soft drinks by the FDA.

Sodium chloride and potassium chloride are the types of salt used in water softeners. They come in pellets, cubes, and crystals.

Pellets are the most common. There are various options for the same.

1. Evaporate pellets- These are the most effective in water purification but are expensive. Evaporate pellets are 99.9% pure salt which means fewer chances of mushing, bridging, insoluble buildups at the bottom of the tank.

2. Solar Salt- This type of salt is derived from evaporated seawater. It can be in the form of pellets or crystals. It is usually 99.6% pure salt and therefore susceptible to buildup. Solar salt is not ideal for very hard water,

3. Rock Salt- It is often the cheapest, but it contains calcium sulfate that does not dissolve in water. This may lead to regular maintenance because of buildup.

4. Block Salt- This is only an option if your water softener manufacturer recommends it.

The Removal of Iron

Water softeners that remove iron use fine-mesh resin. Unlike standard media, fine-mesh resin is packed more tightly and is smaller but with a larger surface area to catch iron. There ae also resins that contain calcium carbonate to trap red water iron as part of the resin consumable.

The challenge of using fine-mesh resin is that it is more expensive and may not last as long as standard resin if it is not adequately maintained. Fine-mesh resin tends to foul easily if the iron sits too long in the resin bed or if the resin is not cleaned correctly.

How to tell if a Water Softener is Working?

We talked about the telltale signs of hard water. It’s now time to tell if your water softener is working appropriately.

1. No hard water spots- If you were used to wiping spots of hard water from shower heads, bathrooms doors, and on appliances, that should stop. You will notice soft water never leave limescale which means you will also know when water is hard again.

2. Softer laundry- notice how laundry is not stiff and faded when you start to use soft water.

3. Dishes clean easily when hand-washing- hard water causes spots on dishes and makes them look faded and fragile. But the opposite is true with soft water.

4. Skin that is less itchy and softer hair- if you have sensitive skin, you will immediately notice your skin becomes less itchy after the shower. Your hair is also smooth as there are no mineral deposits on your hair.

You may want to involve a professional at least once a year to check your unit. They will tell you if the control valve is working correctly and that all the settings work well for your system. Professional inspectors will also test your water to see if the water softener matches the needs of your home. If your water softener needs repair often, it may be time to change the resins, or it may have run its course in regard to the controller if it keeps failing.

1. The Type of Resin

10% crosslink resins are of better quality than 8% crosslink resins. They will last longer than the lower-percentage resin. Resin beads wear when exposed to chlorine and during regeneration. 10% resist the effect of chlorine on them and therefore, more durable.

You can expect 10% crosslink resins to last up to 15 years while 8% lasts around ten years. Fine-mesh resins, on the other hands, last 6-7 years because iron degrades the resin faster than other dissolved minerals.

2. Presence of carbon in the Resin Consumable

Apart from cations, resins may also contain carbon to remove bad smells and tastes. Carbon wears out faster and needs to be replaced every 2-3 years. If not, it will affect the efficiency of the resin.

When the control valve keeps on malfunctioning, it may need replacing. It’s better to opt for a water softener that uses a robust control head such as the Fleck 5600SXT digital metered valve. It is tested to last as long as 27 years.

How much should you invest in your first water softener?

It depends on efficiency. Some brands use meter-controlled softeners while others are time-controlled. Meter-operated models are more expensive as they produce very soft water while saving on water, energy, and salt.

Time-operated brands, on the other hand, do not produce the softest water but are much cheaper to acquire. They, however, can have huge implications on your water and energy bills.

The cost of running a water softener varies between $1.75 and $1.95 per person per house in a month.

The benefits of a water softener span from your home to your wallet. It’s time we all realize that hard water creates problems in our homes and our bodies. With the right water softener, you can enjoy showers and marvel at the efficiency of your plumbing system.

How to Install a Water Softener

How to Size a Water Softener for your Home 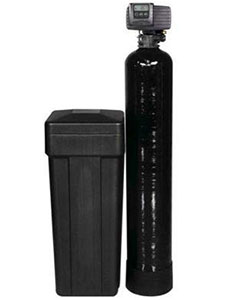 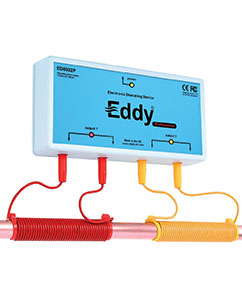